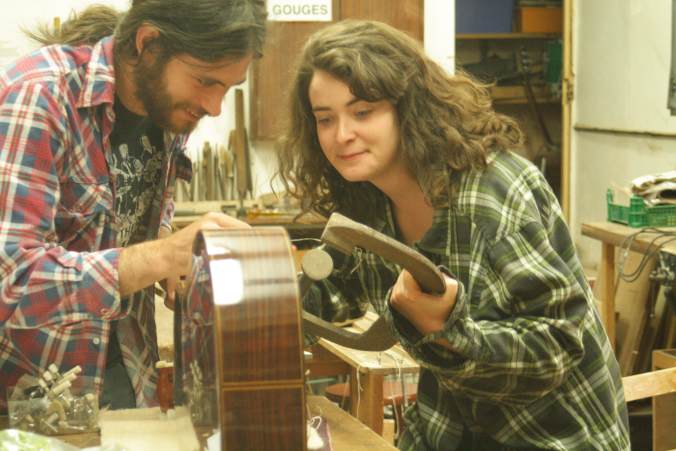 As usual I’m a month late in saying welcome to Charlie and Hannah! We’ve been so busy building a batch of harps that I haven’t had time to post.

Charlie is from Bridgwater and is a great guitarist-he’s already taught me about open tunings and many other things. 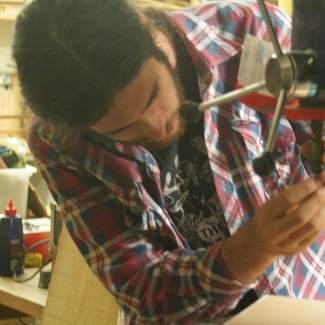 Hannah is from Massachusetts and plays the viola. We’re having a great time with musicians in our house, we’re ready to start a band 🙂 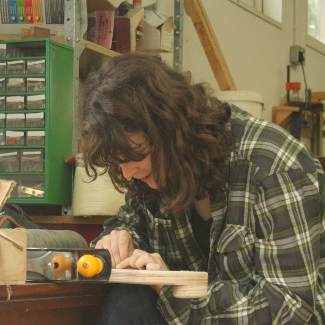 The two of them met on a guitar making course, which they graduated from a few weeks ago. They were keen to carry on learning how to build instruments, so when they found us on Workaway it was a match made in heaven. Of course what they didn’t realise would be that, given Creag has no formal training in woodwork, they would be in charge of most of the teaching rather than the learning!

They’ve already been fantastic, so much so that they’re going to be around for the next 6 months with us.

A Story From Our Travels

I wanted to share a little bit of personal history…

The Benefits of Learning the Harp

The Benefits of Learning an Instrument There are many reasons…

Member Options
Follow Us
Recent Posts
© 2014-2021 All rights reserved, Hands on Harps | Graphics by Get Nashi
Back To Top